Louise’s clinics run on Mondays, Thursdays and Fridays and she is happy to discuss treatment options prior to booking an appointment.

Most people have a ‘story’ of how they came to be doing what they are doing, for me it was kidney disease. At the time I was an airline pilot and the main symptom of swelling up like a Michelin man meant my license was immediately revoked. Very suddenly, my life was very different and in fact, never the same again.

It was a very challenging time, not only did I feel extremely tired (like a thousand times more than ‘the end of the week type tired’!) it was an emotional turmoil as well – flying was my passion and I was not allowed to fly while I was ill. I was thrown into a world of hospitals, doctors and long medical words. Instead of sitting confidently at the front of a familiar plane, I was now a vulnerable passenger in an unfamiliar world.

My life changed. I fell back on something familiar – I had been treated by acupuncture before for relatively mild problems, and this time acupuncture was helpful again, but only for the symptoms of the kidney disease and side-effects of treatments. I had to be realistic, this time acupuncture was not a cure, and I went on to have a kidney transplant. However, it was the combination of acupuncture, conventional medicine and a strategic lifestyle approach that saw me through to good health and despite predictions to the contrary, back to flying. However, the whole experience had uncovered another passion and world of possibilities.

Being able to combine the profoundly helpful treatment of acupuncture with conventional medicine, I considered this powerful combination should be available to all. It became clear that the NHS needed research in the field of acupuncture and my analytical skills from my flying days made me an ideal candidate for this level of research. I was accepted on one of the first MSc courses in Acupuncture in the country… for research purposes only I thought. Well it must have only been a few weeks into the 4 year course that I realized my fate had been unveiled – I was captured by the profound philosophy of the 5000 year old Chinese medical system and the desire to work with and help people achieve their own goals.

My cockpit skills of dealing with a complex set of systems were being called into action in this new role as an Acupuncture practitioner being able to see clearly through the numerous complex set of symptoms and make sense of them – this time I was using the framework of the very cohesive and all-encompassing system of Chinese Medicine.

Since then I have been on a continual path of exploration, study and discovery in this field. This would not be possible for me without my own practice of the martial art Tai Ji which I also teach and is another expression of Chinese medicine. My quest for learning has not always taken me along the most common routes; there are very few acupuncturists who have also studied Integrative Quantum Medicine. Similarly, my more recent acupuncture training with Dr Tan has lifted me on to a new plane with my acupuncture, a level that I knew was there theoretically – I just hadn’t previously known how to get on to it! Dr Tan has sadly now passed on but was a master practitioner originally from Taiwan who lived in San Diego and specialised in classical 3,000 year old acupuncture. He came to London occasionally to teach techniques to just a few students which are both dramatic and breathtakingly quick in terms of the results and effect. Studying under him has truly transformed my practice.

The ancient wisdom of Chinese medicine gives me a powerful tool with which to approach the complexities of 21st Century life. As a complete system of medicine, most ailments are worth considering from this perspective. My passion is to help enable people to maintain and develop their own path in their world.

• 2001 MSc Acupuncture (distinction) from the Northern College of Acupuncture 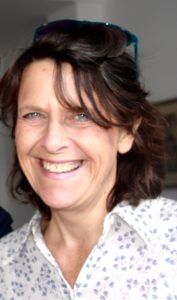