Several ancient acupuncture texts describe how a shadow appears the moment a pole is stood up under the sun.

Li Gan Jian Ying
Set up a pole and see the shadow.

It is said that the effects of stimulating acupuncture points should be that immediate. Remarkably, the Balance method of acupuncture taught by Dr Tan Wu Ban often manages this response.

This method can be astonishing for pain of any type, not just muscles and joints, but also for other pains and discomfort in the body such as digestive, gynaecological and respiratory. One of the benefits of the Balance method is that is avoids needling into the affected area allowing the patient to move their affected joints and feel relief within seconds.

Louise was lucky enough to be one of the few acupuncturists in the UK to study with Dr Tan before he died. Since 2012, Louise has incorporated the Dr Tan Balance Method into her practice and is very impressed with the results it brings to her patients. Louise feels incredibly fortunate to be able to offer his treatment methods in Nottingham.

From an early age growing up in Taiwan, he began learning the philosophies and healing practices of traditional Chinese medicine. As a young adult, he further nourished this knowledge by reading ancient Chinese medical texts in addition to his education in engineering.

Western interest in acupuncture was just beginning to take off when Dr Tan arrived in the US to pursue a PhD in engineering. Despite the growing global recognition of acupuncture’s benefits, he saw that the results of modern clinical practice weren’t as effective as what had been documented in historical texts or what he had observed in practice as a young man in Taiwan.

Several ancient acupuncture texts describe how a shadow appears the moment a pole is stood up under the sun. The effects of stimulating acupuncture points should be that immediate. However, only a handful of modern masters had achieved such results after decades of practice. Similar effects were not possible for most practitioners.

Certain that anybody could consistently see immediate results if, given the right framework, Dr Tan set out to develop a modern basis for systematically learning, understanding and applying the networks of energy channels in the human body.

The results speak for themselves. Instant clinical efficacy has become the hallmark of the Balance Method. Thousands of patients travelled to his clinic in San Diego, California, each year to receive his treatments and find new hope to achieve a healthy balance in life. Now, the reach of the Balance Method extends far beyond Dr Tan’s own clinic, thanks to his willingness to share his knowledge with others through his seminars and books. 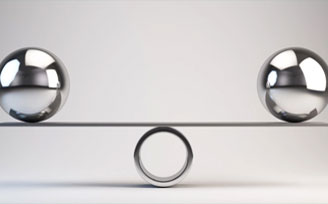